THE THING IS NOT THE THING

Let’s face it. Living with another person is hard. Even in college with roommates, we got a little taste. Maybe Rachel or James never paid their portion of the rent on time, or maybe they always left dirty dishes in the sink, forcing others to clean up after them.

And you all thought, how crummy is that or maybe “can they really be that clueless?” In any case, when the time came to renew your lease with Rachel or James, the conversation probably looked something like an episode of the original Survivor show when they were voted off the island. Sorry, so-and-so, but we’re sick and tired of reminding you how to be a decent and responsible member of society. Well, fast forward to marriage, and sadly not much has changed, except now it’s men and women living together. Men generally have a propensity to leave their projects lying around, while a woman’s restroom area might look like a cosmetic counter at Macy’s. In both cases, it’s just normal until one of you gets tired of asking politely for them to please (through gritted teeth) put things where they belong. These seemingly trivial ins and outs of relationships make for good memes and even good fodder for sitcoms, mostly because we can all relate, but in real life, let’s face it. It gets a little old.

I use the toilet seat as the example, not because I’m making light of people’s problems, yours included. But I’m using it to highlight this principle. Whether the toilet seat is left up or down, whether the toilet paper goes over or under (it’s over by the way), the fact is none of these things is an insurmountable obstacle to using the toilet. If you really gotta go, flip the seat up or down, and I’m sure you can manage the toilet roll mechanism. The reason these things are so annoying is that they are representative of something bigger, something deeper.

Perhaps the time spent at golf is upsetting because of a lack in the relationship. Perhaps, the repeated requests to watch spending isn’t really about that $5 cup of coffee breaking the bank. So then what is it really about, and how can we move from the topic of discussion to the meat of the matter? 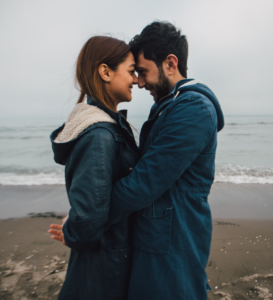 As you can imagine, I’ve seen couples for dozens of reasons. Some are fighting to overspend. Others are fighting over not getting enough help with the kids or housework. Still, others are fighting over nickel and dime issues like how much time they spend on their hobbies, or maybe it’s on social media. And whether it’s finances, the in-laws, or frequency of sex, I can say in almost all the cases emphatically that the thing is not the thing.

When I was younger, much younger, cereal boxes used to come with hidden toys for kids. One of my favorite surprises was the special spy decoder lenses. They were usually red-tinted, and the goal was to help you ‘decode’ the hidden spy message on the back of the cereal box. And here’s what I want to highlight; the message was always there. The issue is it was hidden,

usually among a jumble of other shapes and misinformation. However, once you placed the decoder lens over the image, there it was, plain as day. Oh, what I wouldn’t give to be able to help couples see this clearly through all the jumbled emotion and misinformation. In fact, one of the biggest services that I believe  I  provide as a couples therapist is acting as a sort of translator, a decoder if you will. I get to

see couples in front of me, wrought with emotion, oftentimes bickering or arguing in front of me or recounting some instance of miscommunication between them in the last week. And almost every single time, both people feel like they’ve made themselves clear about why they’re hurt or upset, but conversely, they seem to be just as confused as to what their partner needs or wants. Many times, I have to run through the event with them play-by-play, if you will, pausing here or there to help them decode the missed messages that both of them are sending. 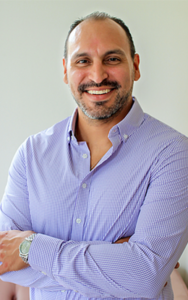 We must move from the topic of discussion to the meat of the matter.